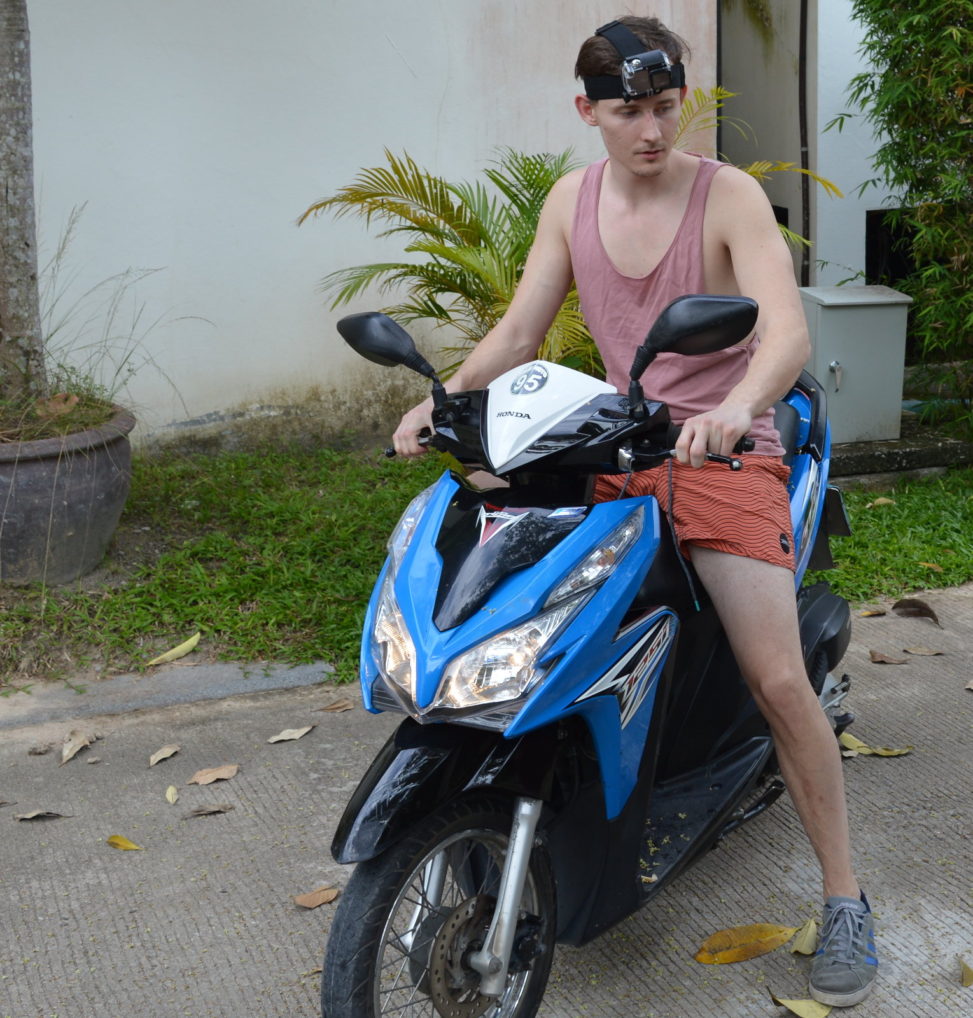 How to Get a Thai Tattoo

Every day hundreds of people, like Michael here, partake in a South East Asia ritual: they learn to drive a scooter. Like your first legal drink it’s a right of passage. From Bangkok to Saigon the streets are clogged with unlicensed, inexperienced drivers. A majority leave the same way they arrived. The unlucky ones get Thai Tattoos.

A Thai Tattoo is a scar from falling off a scooter. They’re not as common as they could be, scooters are simple to drive. However, stay at enough hostels and you’ll recognize the pearl-white antiseptic bandage and grimace of someone limping through the pain. These tourists will have a bandage for a week and a scar for life.

Not Michael though, we’ve decided that a Thai Tattoo wouldn’t look good on him. With his sensible German driving and inclination to wear a helmet, we’re not expecting any mishaps.