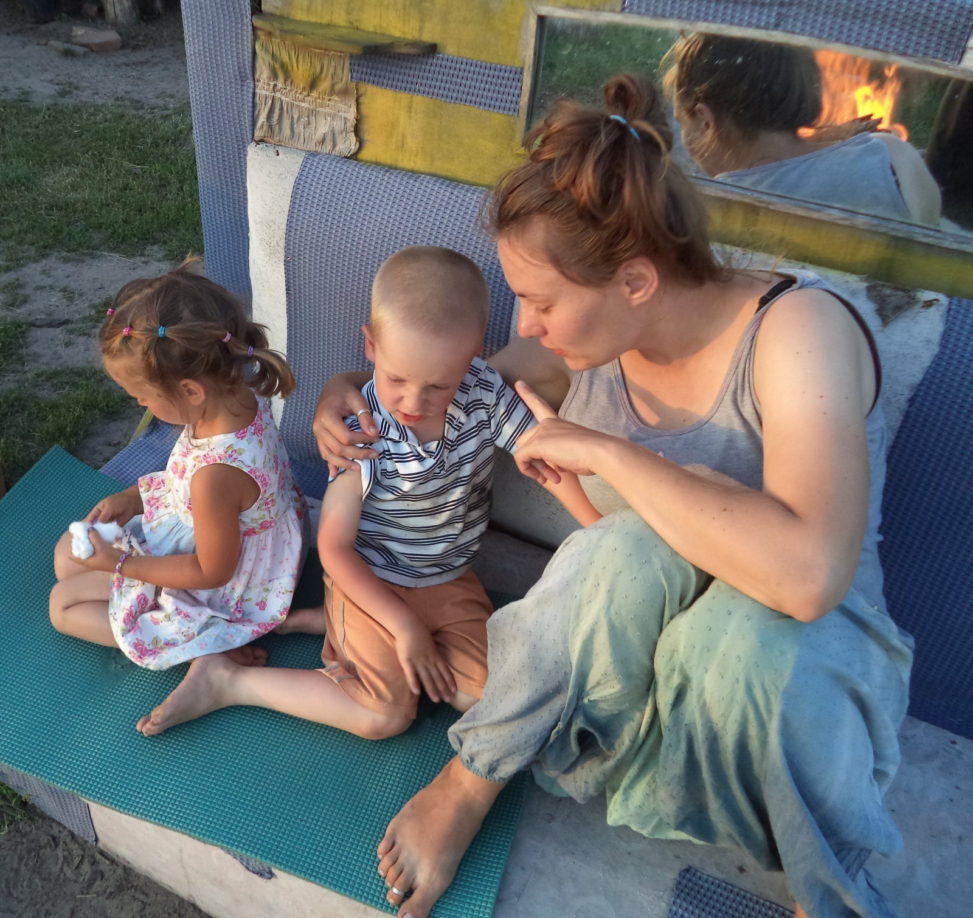 Olga at the Commune

Olga was my liaison when I moved to a commune in rural Ukraine. She made introductions and showed me how I would earn my keep. Weeding the garden, carrying water and doing the dishes. Olga, seen here disciplining young Sergei, was also the person who told me what the hell the kids were speaking.

What the hell is it? I wanted to know.

It’s a local language, a cross between Ukrainian and Russian. It’s really not that hard to understand, I don’t think. I groaned and never learned a word of it.

After I left the commune I didn’t see Olga again until the morning Benny returned from the dead. Before going comatose and missing his flight, his last words were a slurred insult at Olga. With a derisive smile and an endearing Russian accent, she looked at me and said,

I knew this one was trouble, I knew it from the time I saw him.